Home
Featured
How To Keep Your Dog Safe From A Coyote

How to keep your dog safe from a coyote is not the first thing a new dog owner thinks about. However, each year we see more reports on the local news about a dog being attacked by a coyote. Sometimes the dog escapes and survives and sometimes, unfortunately, they do not.

As we all have heard,” An ounce of prevention is worth a pound of cure”. You will learn a little about coyotes in this article that you probably did not know before today. It is all directed to sharing with you how to to keep your dog safe from a coyote.

Next, Some Q&A Regarding Coyotes and How To Keep Your Dog Safe

How often do coyotes attack a dog? Is this a very rare thing to happen?

We know that coyotes attack dogs, cats, and, occasionally, people. There are news stories every year the evidence that this does happen.

However, it is hard to know exactly how often it happens as many of the likely attacks are not observed. If the coyote attacks and escapes with his meal unwatched, it is not counted as a definite event.

Coyote breeding season is the most frequent time these vicious attacks are documented. This is from January through March. They are the most aggressive during this time as they are very hungry and protective of their families.

Since there are growing numbers of coyotes coexisting with humans in urban and suburban areas, the number of attacks is also on the rise. The increase of coyotes in these areas is due, at least in part, to the loss of their natural habitat in the diminishing green, wooded areas of our country.

What breeds of dogs are known to be able to hold their own with coyotes?

In general, larger and more aggressive dogs bred to guard and protect livestock, especially those with thicker and longer fur. Some of the breeds reported to have killed a coyote are the following.

Do dogs and coyotes breed with one another?

Although it is possible, it does not happen very often. Coyotes’ breeding cycle is closely tied to seasons but this is not true of dogs. A Coydog female will have an estrus cycle that no longer fits with the coyote’s normal period. This decreases the odds of repeated generations of mixing the species.

Coyotes usually mate for life and share the responsibilities of raising their litters. Dogs do not mate for life and rarely take an interest in their pups. Interestingly, coydogs take after the dog side of the family when it comes to who takes care of the pups. They are not very good dads.

Can your dog tell if a coyote is close by?

Dogs, wolves, and coyotes share ancestors but they are not great buddies today. However, there are indications that your dog knows then a coyote is nearby.

Dogs often pick up the scent of a coyote and let you know it by verbalizing their concern. They usually sniff around and act antsy while whimpering or actually howling. Humans might see scat or recognize paw prints.

It is best if your dog is not allowed to go outside alone, especially after dark, if a coyote is known to be in the area.

Speaking of smell, is there an odor that coyotes do not like?

Just as there are smells that attract a coyote into your yard, there are some they really detest. Bird-feeders, dog and cat food left outside, and human food remnants left on a grill can attract a hungry coyote.

Alternatively, stinky smells placed strategically around your yard can deter them. So, hide the good smelling things and bring on the stench. Some of the putrid scents they despise are as follows.

Place these items near the garbage cans and around your yard to deter coyotes from making themselves at home.  Make sure to avoid putting food into your garbage can until right before it is picked up. This cuts down the risk of your dog being considered as dinner for the coyote.

Will a fence keep a coyote out of your backyard? Can it help keep your dog safe?

Not likely. It is no problem for a coyote to clear a 6-foot fence. If the fencing offers a place for them to place their toes, they can scale a much higher fence.

It would take a fence made of materials that are smooth enough that the coyote cannot gain traction to keep them out. The fence would also need to be a minimum of 8 feet high as well.

If you have a fence, but it does not fit those material and height requirements, you can always place barbed wire on top. Most people do not want to have their backyard look like a prison exercise pen and decline this option. There is also a product called “coyote rollers” that you can install on top of your fence.

How can you keep your dog safe from being attacked by a coyote?

Whether approached in your yard, on a hike, or when taking a walk in the park, the defense plan is the same.  If you see a coyote coming toward you and your dog, broadly wave your arms and yell very loudly at them. Pick up something close by that you can throw or use as a weapon,

Above all, do not run or even turn your back on them. Any show of weakness might encourage them to attack you as well as the dog.

What if the coyote actually attacks your dog? What do you do then to keep your dog safe?

The most important thing is to try to prevent the coyote from actually reaching your dog. Remain calm and make your body appear as large as possible while making a lot of noise. If they consider you a big enough threat, they will back off.

When you can do so, pick up your dog and slowly back away while still facing the coyote. If you have a whistle or other loud noisemaker, use it. A flashlight will sometimes frighten the coyote off as will a good soaking from your garden hose.

The first 15 seconds of an actual attack is the most important. Anything beyond that makes it less likely that your dog will survive the attack. We all want to do what we can to protect our dogs but you need to avoid being attacked yourself or caught in between the two animals.

If you are approached by a coyote while walking your dog, it is best if you are prepared. 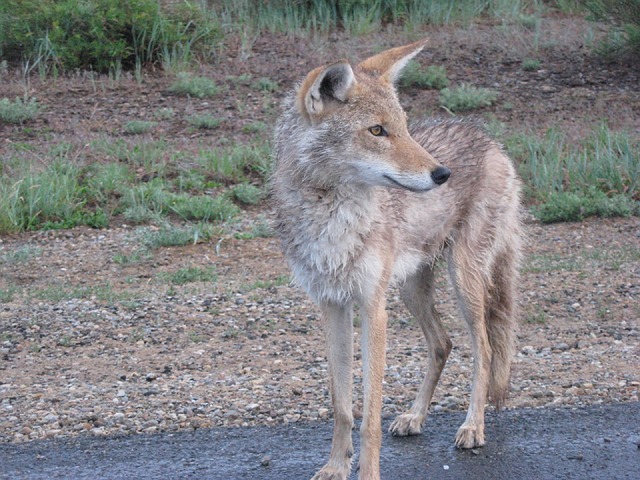 Keep your dog safe from a Coyote

Of course, keeping your dog on a leash is helpful. However, there have been cases when an attack still occurred. If you and your dog are too close for comfort to a coyote’s litter, they will be very aggressive.

Having your dog on a leash decreases the chances that he will be deliberately too close to the pups. But, with coyotes living close to humans than ever, you might not recognize where mama hid her babies while hunting for dinner. Spring and summer months are when mama will be most protective of her pups.

If you are aware of coyotes in the area, be prepared when you take your dog for a walk or hike. Pepper spray, whistles or loud horns, or a walking stick can offer a lot of protection and should be taken along.

There are products your dog can wear that is like armor. It is light-weight but offers a good deal of protection. 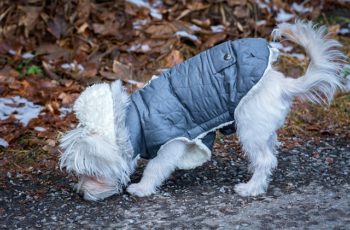 Does your dog need a coat? It is a myth … 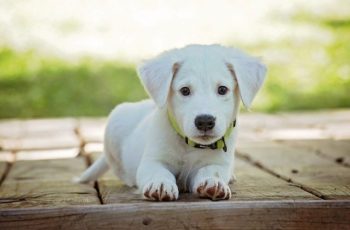