In December of last year, a woman with a service dog was near a shopping mall in Pittsburgh, Pennsylvania. It was a very busy area, as is usual during the holiday season. Shockingly, an aggressive woman harasses a handler and her service dog in training.

Megan Stoff and her service dog, Nala, were minding their own business when this woman approached them with her small daughter in her arms.  She asked if the young child could pet the golden retriever. She became quite angry when her request was refused.

Megan and her co-worker explained that she could not pet the dog because it could interfere with its’ training. Nala, the young dog, needed to stay focused on the handler and her needs.

Aggressive Woman Harasses A Handler And Her Service Dog

Although the woman initially walked away with her daughter, she very shortly returned in a raging fit of anger. She then began to shout at both Megan and the woman with her. When the woman kept screaming at them Megan decided to record the nasty scene.

The capture of her angry and aggressive behavior accelerated the woman’s fury even further. Regardless of Megan informing this woman of the reason why the child could not pet the dog, she continued to complain.

This angry mother irately went on and on, telling them exactly how she thought Megan should have responded to the request. The fact that the dog wore a vest dealing with such requests did not stop her from asking to pet the dog. The vest clearly said the following.

When asked further about the incident, the women reminded us that “it’s illegal to ‘harass a service dog.”

How Would You Respond To Being Told “No?

I wonder what our readers think of this woman’s behavior? I was appalled that any adult would behave in such an atrocious manner, especially in front of her young child. What a terrible role model. No one should pet a dog without asking and they should be prepared to be told “No” and to accept the answer.

Even if the dog is not a service dog, their owner has the right and responsibility to answer appropriately. There are many reasons for denying the request and no one should have to justify their response. Here’s an article on the topic of asking permission to pet a dog.  https://happymutt.org/do-you-ask-can-i-pet-that-dog/

Thanks to Original Source: https://dailyheadlines.com/mom-goes-off-on-handler-for-allegedly-refusing-to-let-her-daughter-pet-service-dog/?utm_source=Mailer%20DH.COM&utm_medium=email&utm_content=subscriber_id:3258342&utm_campaign=10/4%20DH.com%207pm 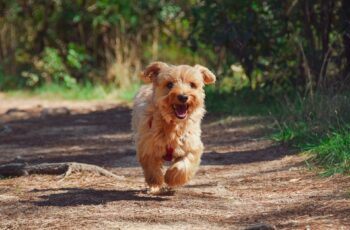 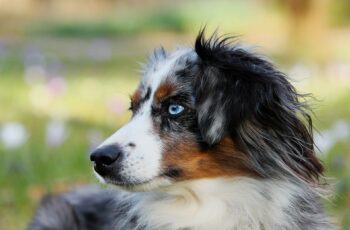 Oakley, an Australian Shepherd nurses orphaned lambs and other farm …