This amazing stray dog pulled an injured woman from a wrecked car, saving her life. When Shannon Lorio got in her car and went for a drive after an argument with her husband, the events that followed changed her life forever. 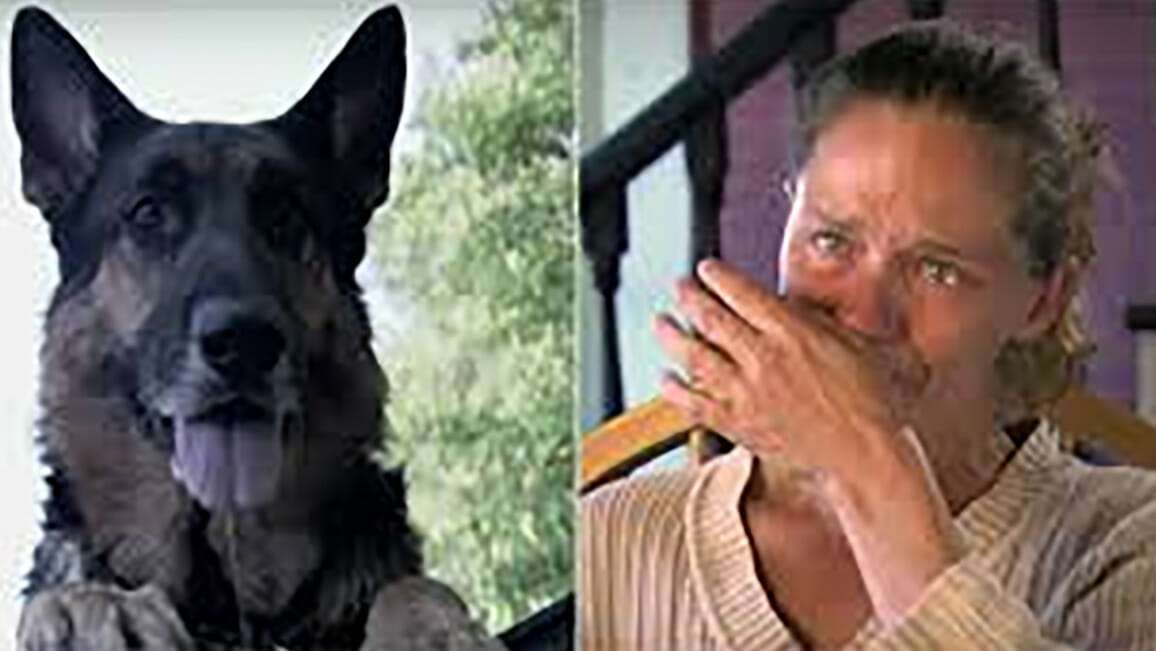 When Shannon Lorio got in her car and went for a drive after an argument with her husband, the Georgia woman headed for a road known for having very little traffic and enjoyed blowing off some steam as she navigated the windy rural roads.he events that followed changed her life forever.

It did not take long for the thrill of letting off steam as she moved along the twisting rural road to turn into horror. Losing conrol of  her car and flying through the air into a ditch was terrifying. Shannon was thrown through the rear window on impact.

The injured woman was in and out of consciouness as she laid in the ditch. Shannon was unable to stand up. At one point, when she fighting to remain conscious, she felt hot breath on her face. As she opened her eyes, Shannon saw a huge dog standing over her. 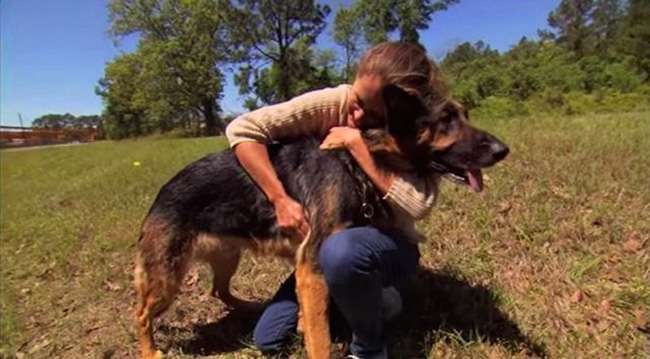 This amazing stray dog pulled an injured woman from a wrecked car is getting a thank you hug in appreciation.

Once again, Shannon lost consciousness. This time, she woke up as the huge dog was dragging her out of the ditch. This amazing stray dog dragged her by the jacket until she was safely away from the wrecked automobile.

Because of this lfe saving action, he was later named “Hero”.  Somehow, he was able to pull the seriously injured and semi-conscious woman 100 feet. Once reaching the side of the road, Shannon was able to get her arms around the heroic animal.

Using the dog’s strong body for support, she pulled herself up into view of passersby. She was rescued by a driver she was able to flag down from where she had been pulled to safety. Calls to both 911 and her husband were immediately made by the driver.

“Hero” really deserves his name for dragging an injured woman from a wrecked car to safety.

Shannon was taken immediately to a local hospital where whe was diagnosed with an intracranial hemorrhage. This is a potentially life threatening situation if not treated promptly and appropriately.

Shannon could easily have died if Hero had not dragged her to safety where she would be seen and taken to the hospital in time for treatment. He clearly earned the name of “Hero”!

Sadly, it was not possible for Shannon to adopt Hero into her family. Happily, however, this beautiful and heroic dog was adopted by a wonderful woman. Heidy Drawdy is a trained for a canine search and search team (per iheart.dogs.com}

Here is a video clip of Shannon telling her own story.

What is Hero doing now?

Hero is enjoying the wonderful, loving home that all dogs deserve. He is also continuing his good deeds working with his adopted “mom” with her rescue team.

If you enjoyed this true story of an amazing dog, please share it with other dog lovers. Here is another rescue story you will enjoy. 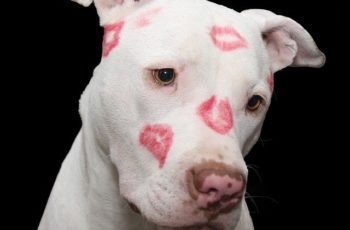 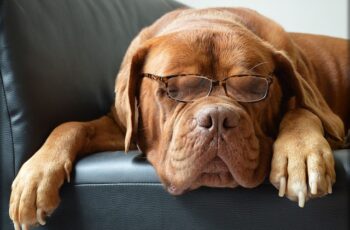 How does your dog view the world when it comes …