Home
Featured
Bait Dog Learned To Trust, Thanks To His Orange Toy

it dog rescuedHow this bait dog learned to trust is fairly straightforward and simple. But it never would have happened if not for these two wonderful people, Melanie and Kent Pafford. They are rescuers who have dedicated their lives to saving dogs. One of the fortunate dogs that they saved was an abandoned Pitbull named Liam.

Liam was left under a dumpster. The moment Melanie and Kent first  heard about Liam, they immediately went to the location to pick him up.  When they saw him, they were shocked at how terrible he looked. Liam’s face and body were covered with bite marks.

That’s when they realized that he was a bait dog. A bait dog is one used by dog fight trainers to test potential fighting dosgs for their desire to maul and kill other dogs. These dogs usually have short, painful lives. To read about a fighting dog who was rescued from the fighting ring, go here. https://happymutt.org/pit-bull-saved-from-dog-fighting-is-the-sweetest-dog-for-this-family/

Liam looked so sad, but the Paffords were determined to make him smile again. They knew that he had been through so much, and he deserved nothing but the best from that day forward.

Their first move was to take Liam to the vet. Not only were his physical needs met,  it was there that they first saw him begin to smile.  He did not trust the people around him yet, but seeing him smile was a good sign. They knew he would eventually learn to trust again.

Once he was done at the vet clinic, one of Liam’s rescuers took him home as a foster dog. That was the first time that Liam experienced being part of a family. They could not help but spoil Liam a little bit.

He received many toys in his new home, and one of his favorites was an orange puppy. He found great comfort in this toy so he didn’t go anywhere without it. His rescuers realized that he trusted this toy. He trusted it because it made him feel safe. Thankfully, that was also the beginning of how he learned to trust the people around him.

His rescuers were thankful Liam was learning to trust humans and that they had been able to play a role in his life.  Liam must have been grateful as well. Can you imagine how fortunate Liam would have felt after escaping the life of a bait dog? We are all grateful that he ended up with a loving family of his own. Yes, he got adopted.

His new mom, Leslie Owen, saw his video online. When she did, she  decided to adopt him on the spot. Liam also gained a sister named Dahlia, and the two instantly became best friends. Liam finally had the life that he deserved. 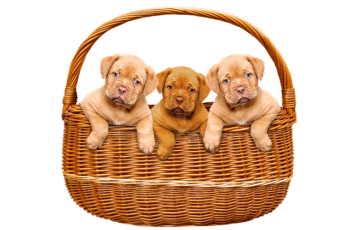 Can you afford to own a dog? Well, just what … 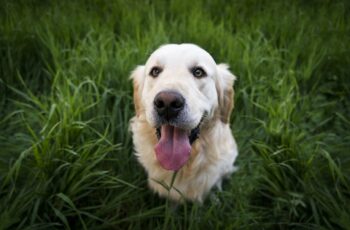 Based on studies, one out of every five firefighters has …