Home
Happy Mutt
Can You Monkey Around And Be A Good Mom?

PMama didn’t just monkey around, she took raising her adopted puppy very seriously! This unusual mother and son pair somehow found each other.  They also formed a bond that amazes everyone who sees them together.

Like any good mother, she lavished him with love and made sure that he had plenty to eat. The human community locals were absolutely amazed to see the connection between them. The mother’s devotion to her “son” was so impressive that they began to leave both food and water out for both of them.

Again, like the best of mothers, she made sure that her “baby” had enough to eat before she would eat anything herself. She seemed to always put his needs before her own.

Not only does she see to his nutritional needs, she also takes time to play with him, And, it she needs to get somewhere in a hurry, she is not opposed to take him with her as she swings from limb to limb to get to where she is going. 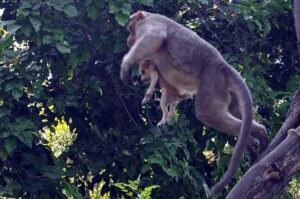 Monkey Around And Have Some Fun

As you can imagine. this kind of story caught the eye of both locals and tourists alike. With social media being so prevalent around the globe, it did not take long before photos of the two were being seen everywhere. The incredibly strong bond between them touched the hearts of thousands of people.

This short movie clip is one well worth sharing!

If you want to read about more unusual intra-species, read these.

This Dog Is Blind And So Is The Cat’s Love

Nanny Dog That Raised A Calf Still Babysits Him 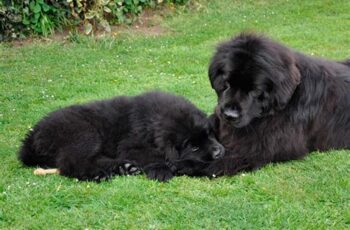 This baby’s reaction to sloppy kisses from his Newfie “brother” … 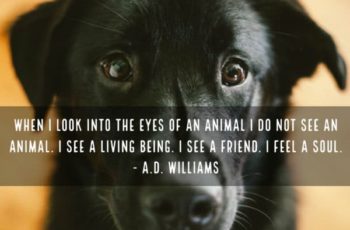 Happy National Pet Day! How are you and your pet …