One morning, April Sullivan and her husband woke up to a surprise on their porch. A sweet stray Pitbull looked at them with sad eyes and a gloomy smile. Without a second thought, they took the dog in and named her Betsy. Eventually, the compassionate couple adopted the Injured Stray Pitbull.

The Sullivan family was curious as to how the pup ended up on their porch. They lived in the middle of a forty-acre lot with no neighbors nearby. Despite being wary of stray dogs, they allowed their granddaughter to interact with Betsy.

Betsy was emaciated and had trouble walking properly. The couple decided to take the Pittie to a vet for a quick check-up.

After the check-up, the couple found out that Betsy had an injured hip and nerve damage caused by a car incident. The vet warned the couple that Betsy needed round-the-clock care and a lot of attention.

The medical expenses came at a high price but the couple really wanted Betsy to have a second chance at life. April’s husband also wanted to adopt Betsy but he knew he had to convince his wife.

When they all returned home from the vet’s office, April admitted her genuine love for Betsy. After considering all the factors, the couple decided to officially adopt Betsy and make her a part of the family.

The couple’s other dog named Chuck didn’t usually like other canines. Fortunately, Chunk and Betsy made an instant connection and became best friends.

It didn’t take long before Betsy recovered and was finally able to walk. The Sullivan family did everything they could to help Betsy recover.

After a few months, Betsy grew the confidence she needed to come out of her shell. Betsy and her new family loved doing everything together from cuddling on the couch to playing in the yard. Thanks to the lovely couple and her new best friend, she finally had the life she truly deserved.

Watch the heartwarming story of how a compassionate couple adopted an injured stray Pitbull here:

If you enjoy reading about sweet Pitbulls who find a happy home this one could easily become a favorite of yours. https://happymutt.org/note-found-with-pitbull-outside-shelter-will-warm-your-hearts/. It brought tears to my eyes! This one is definetly worth sharing with other dog lovers!

Here is another great story about a pit bull who found his forever home. https://happymutt.org/adopted-pitbull-became-a-role-model-for-foster-puppies/ 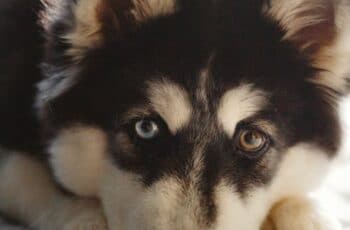 Dogs deserve your respect. They are sources of great joy, … 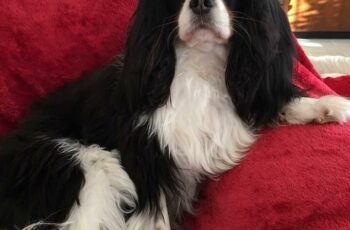 Do you need a quiet dog or at least one …