Home
Happy Mutt
Do Dogs Get The Flu?

What You Need To Know About When Dogs Get The Flu

Canine influenza is extremely contagious. Most of the time, dogs recover but some will develop complications that are best to be avoided if possible. So, let’s talk about what you need to know about dogs and the flu.

Just what is canine influenza?

Scientists have named the influenza viruses for the way that two specific proteins combine with one another. (hemagglutinin and neuraminidase).  Canine influenza is found in two distinct strains known as H3N8 and H3N2.

Although only 80% of infected dogs demonstrate symptoms consistent with canine influenza, all of them are contagious. The known fatality rate for canine influenza is <10%.

The history of canine influenza

In 2004, the H3N8 strain appeared in Florida as a result of transmitted to Greyhounds from racehorses. The H3N2 strain first made its appearance in Chicago in 2015.  Previously in existence in only Thailand, China and South Korea.

It is thought that the H3N2 strain jumped from infected birds in the Asian markets. Subsequently, the virus was imported to the United States by dogs infected with this strain.

How does the canine influenza virus attack dogs?

The canine influenza virus enters the dog’s nose and travels to the lungs through the respiratory tract, attacking its cells. It causes varying degrees of inflammation from mild to severe throughout that tract. It can take between two and three weeks for the dog to recover.

Any dog of any breed, sex or either sex can become infected with the canine influenza virus. However, some are at greater risk of both catching the virus and to having a more severe infection. Those dogs are:

How can a dog get the flu?

There is not a flu season for dogs as there seems to be for humans so they are at risk all throughout the year. Once exposed to the virus, the 2-4 day period of incubation begins. No signs of infection should be demonstrated before that period has transpired. Infected dogs can transmit the virus for up to 21 days and should be kept away from all other dogs during that time.

Some of the most common ways that the influenza virus is transferred to a dog is via one of these methods:

What are the symptoms demonstrated when a dog gets the flu?

Just like with humans, not all dogs will demonstrate the same symptoms. The most common symptoms seen in dogs with the flu are as follows:

Because of the cough,  some dog owners think that their dog has kennel cough, a very contagious tracheobronchitis. Other bacteria and viruses that present in a similar fashion are:

Any dog showing signs of the flu should be taken to a veterinarian.

Please notify the vet’s office that you are bringing in a dog with indications of the flu. Ask specifically if they have a special entrance for contagious animals or if you should remain in your car until they are ready to examine your dog. 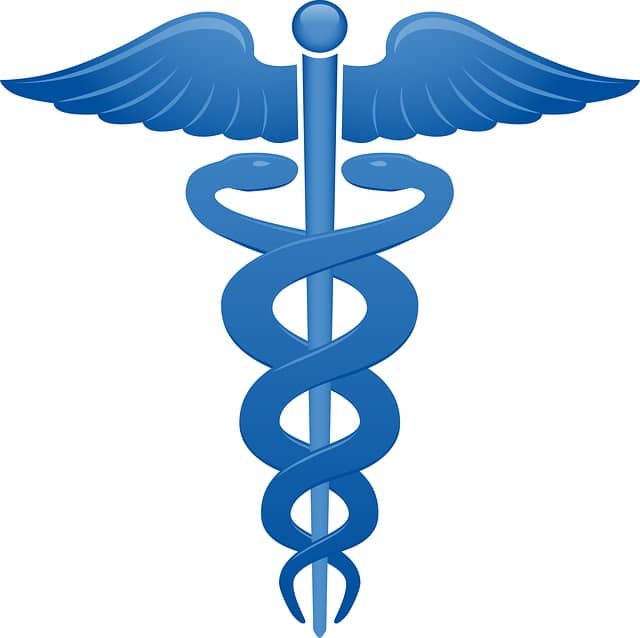 When a dog gets the flu he needs medical care

A cough in either a human or a dog is caused by either inflammation or an irritation of their respiratory organ(s). It might be in:

Also in both humans and dogs, heart disease can cause coughing as well. Although the cause of a dog’s cough is often benign, there are more concerning causes often seen as well. They include:

One Major Symptom of When A Dog Gets the Flu

If the temperature reaches 104-105 degrees F in association with an increase in their rate of respirations, your dog may be coming down with pneumonia. It is probable that your veterinarian will want to obtain chest x-rays to rule out this complication.

How do you treat a dog with the flu?

Initially, the treatment is all supportive care. Depending on your dog’s signs and examination, his may include:

If your dog develops pneumonia, he or she might be given an antibiotic as well.

Absolutely Do Not Give Your Dog Aspirin, Ibuprofen, Acetaminophen, Human Pain Killers. They Can Be TOXIC to DOGS

Please keep your ill dog away from all other dogs for a minimum off four weeks. If your family has several canine members, even those without symptoms should be kept in quarantine.

What about a canine flu shot?

There is a canine flu shot that has been available since 2009. Although this vaccine may not prevent infection it is thought that it might be able to reduce it duration or severity. There is also what is called a bivalent vaccine that is designed to work against both strains of canine virus. Also, an antibody titer can tell if your dog has any existing protection against the canine flu.

Dogs that attend doggy day-care, are kept in a public kennel, go to a groomer, dog parks or other places that are dog friendly are at increased risk of contracting the flu. That risk is also increased if one of the humans living in the same household works with dogs outside the home.

Life style tips to prevent your dog from getting the Flu

It is important to maintain clean surfaces throughout the house. Canine flu rarely lasts longer than 48 hours on those surfaces and can be remedies inactive by several common cleaners. A bleach-water solution is one of the best cleaners for disinfecting those surfaces. Fabric that has been contaminated needs to be washed with regular detergent in hot water.

Why does my dog make a “honking” type of noise? Is it serious?

There is no reason to panic! It is most likely to be “reverse sneezing” and is not worrisome. Basically, it is a muscle spasm that takes place where the mouth joins the throat causing an “inspirational paroxysmal inspiration”. It only lasts a few seconds. The resulting narrowing of the beginning of the trachea is temporary and makes it hard for the dog to inhale.

Also known as inspiratory paroxysmal respiration, reverse sneezing in dogs is caused by a muscle spasm at the back of a dog’s mouth where it meets the throat. This spasm, which lasts around 30 seconds, causes a temporary narrowing of the opening of the trachea, making it difficult for the dog to inhale.

Now for the really big question. Can people get the flu from a sick dog?

To date, there is no real evidence that the influenza virus can be transmitted from canines to humans. However, there are other viruses that are zoon0tic, meaning that they can be spread between the two species. Therefore, vulnerable populations of people such as the very young or very old, pregnant or those in an immunocompromised condition should stay away from sick animals.

Although humans may not be at risk of contracting the flu from dogs, it is possible for other animals to do so. At least one case of cats contracting the H3N2 influenza virus from dogs was documented in 2016. This took place in an animal shelter in Indiana.

The most common symptoms displayed by cats sick with the influenza virus are:

Cats, ferrets and guinea pigs can catch this specific influenza virus (H3N2) from dogs. However, it does not appear that the H3N8 can be transferred from dogs to any of horses, ferrets or other species of animals. Please ask your veterinarian about the risk for other kinds of animals.

Prevention is the key to avoid your dog getting the flu.

In addition to the honoring of safe distances and vigorous hand washing, making healthy life-style choices can help build a stronger immune system to help you avoid becoming ill.

Elements of a lifestyle that keeps you healthy are:

Disinfecting after your dog has had the canine influenza virus is important. Here is information on this topic. How do you clean up after Canine Influenza Virus? (petplace.com)

Veterinarian care for very ill dogs can be quite expensive. Do you have the financial wherewithal to pay for such high vet bills? Are you aware of ways to find money to pay for your dog’s medical care? Check out this article: https://happymutt.org/can-you-afford-to-own-a-dog/ 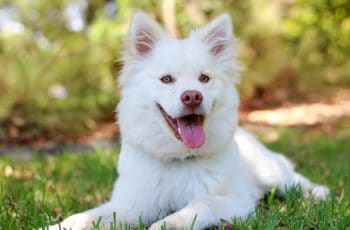 Have you ever noticed that your dog’s eyes seem to … 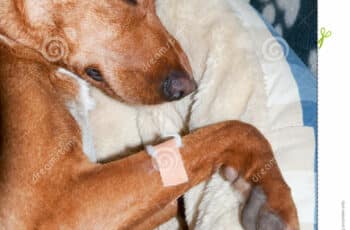 Recently,  the state of Michigan department of Agriculture and Rural …