Home
Featured
Don’t Die From Laughing When You See This!

Don’t Die From Laughing When You See This! It comes as no surprise that dogs can do some very funny things. We all have some great stories of how our own dogs have made us laugh until we cry. I recently heard a woman say she wet her pants laughing at something her dog had done!

None of us are too shocked at the things they can dig up or drag in from the backyard. Old shoes and bones they buried to chew on later are fairly common items. However, they sometimes surprise us with more unusual items they have managed to dig up as gifts for us. 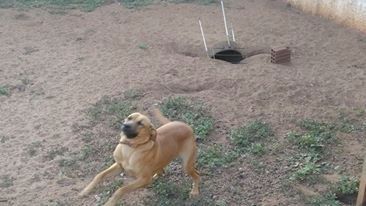 Lucas Alves Magalhães is a dog owner living in Brazil with his best canine bud, Pandora. He tells of when he nearly died laughing when she came up to him with the strangest smile he had ever seen.

Pandora had already amazed him earlier with the many strange items she had buried in his backyard. She has a reputation for opening boxes and digging up the yard on a regular basis. Maybe he should not have named her after the first human the Greek gods created, according to mythology.

How Did This All Start?

On one fine day, Pandora proudly dug a hole and buried her largest item to date, his barbecue grill. She was so proud of herself for managing to bury such a prize! Pandora pranced around, obviously pleased with herself. Lucas enjoyed her energy, curiosity, and determination in burying and digging things up.

Pandora and Lucas developed quite a relationship over her silly antics and both enjoyed it. She would frequently explore the yard, looking for previously buried items to re-discover and dig up. Or, she would bury a new item to dig up later on. The more Lucas laughed at her antics, the more she dug.

During the cooler month of February in 2017, Lucas noticed that Pandora was out in the backyard digging around as usual. However, she was prancing and dancing around more than usual. She seemed to very proud of herself for some reason.

What Made Lucas Nearly Die From Laughing?

What happened next nearly made Lucas die from laughing! When Pandora ran up to Lucas, her head was tilted downward and he could not immediately see what she was bringing to him.    “When I lifted her head, I nearly died from laughing,” Lucas admitted. 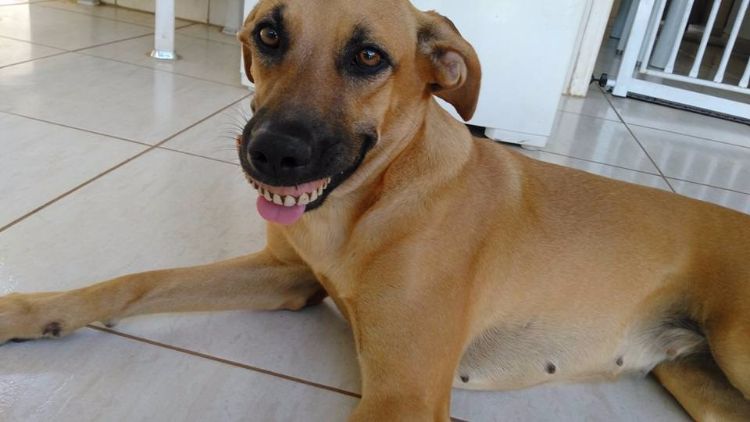 Pandora’s bright new smile caught Lucas totally off-guard! She was wearing human dentures! Not in his wildest dreams would he ever have imagined this!

Apparently, the previous owners of the house was an elderly couple. Lucas speculated that one of them had lost their dentures or buried an old set when they got new ones. He could not explain it any other way. The only thing he knew for sure was that they were not his!!

Lucas found it hilarious and kept laughing about it. Pandora was excited over finding her latest buried treasure and thrilled that her fur parent was so pleased with her find.

She was not eager to get rid of the dentures and seemed pleased to parade around, posing for photos. Lucas had to take some for the family album. This is one story no one would believe without pictures. It is also one that will likely be shared at family gatherings for years to come.

So, if you have any stories or photos that have been saved to share with family and friends? Please share them with us!

If you are interested in taking better photos of your fur baby, read this. https://happymutt.org/terrific-tips-for-taking-photos-of-your-pup/ 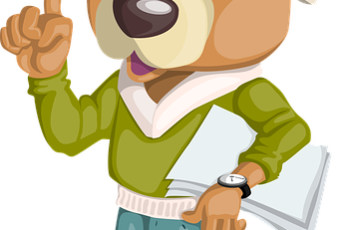 .. If you have been following this continuing series of … 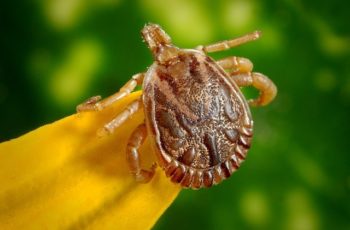 We have had a special request from a reader asking …