After ten long minutes in the frigid, icy water of Lake Michigan, Tuff, an English Bulldog, was rescued by an equally tough firefighter. Coincidentally, the firefighters of the South Milwaukee Fire Department had trained for a similar event only days before this real-life emergency.

By the end of the day, Tuff had recovered from what is likely to have been the toughest day of his 12-year-old life. He was alive and enjoying the good life with his owner. This was thanks to the fast action and dedication of the local fire department in South Milwaukee.

Earlier In The Day

Only feet away from the entrance into the South Milwaukee Yacht Club, stood a small group of people. They were warned by the firefighters to get off of the thin ice. The Firefighters almost did not see the 12-year-old English Bulldog. Luckily, at least one of them saw him in time to realize the danger ahead.

In spite of their seeing Tuff slide off the thin ice into the frigid water, it took a few minutes to get him to safety. Tuff was submerged in Lake Michigan’s icy water for ten minutes as the firefighters struggled to rescue him.

The Rescue Was Touch And Go

At one point, Firefighter Rhinesmith had a strong enough grip on Tuff to pull him out of the water and place him on the ice shelf. However, the ice shelf quickly cracked and Tuff slid once more into the frigid water of Lake Michigan.

Rhinesmith claims that his response was merely muscle memory. Their recent practice for this type of event caused his reflexes to kick into gear automatically. He quickly slipped into his specially designed suit and zipped it up tightly before heading to the edge of the ice.

Rhinesmith Approached The Edge of The Ice

He noticed that it had become more clear with every step he had taken.  He knew this meant that the ice had thinned out to a dangerous level. The firefighter slid carefully to his knees in preparation for safer entry into the icy water. Rhinesmith then slid off the ice and into the water as he reached out to grab hold of Tuff.

He could tell that Tuff would not last much longer. Tuff was noticeably more tired and weaker by the moment. It was likely that hypothermia had already begun to set in.  Rhinesmith held on tightly to Tuff while Kurtz hauled them both out of the water and to safety.

John Rhinesmith and his firefighting colleague, Ryan Kurtz, were able to pull Tuff out of what would soon have become his watery grave had they not been there. Tuff was rapidly wrapped up in a warm, dry towel and rushed to the ambulance for evaluation and medical care.

He appeared almost lifeless for the first five or ten minutes. Tuff then began to move slightly and they breathed a sigh of relief. Slowly, his activity level began to increase and smiles were contagiously spreading among the firefighters. 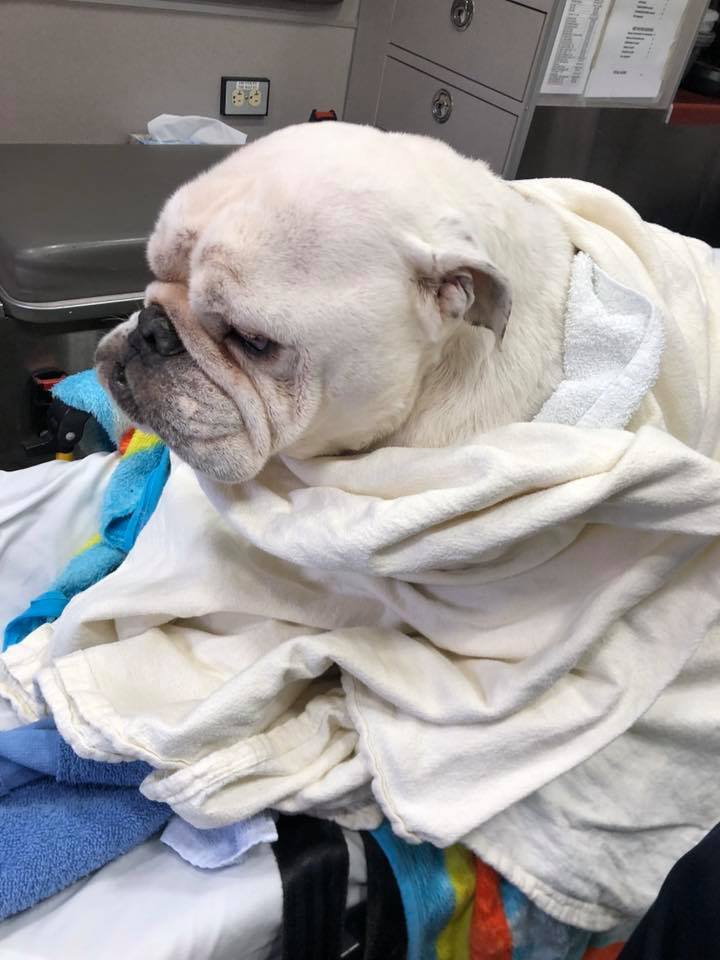 After only 2 days of recovery time. Tuff was the guest of honor of the Firefighters at the  South Milwaukee Fire Department’s firehouse. The English Bulldog feels quite at home there. After all, if it were not for the brave men surrounding him, he would not be there at all. These were the heroes who had rescued him from the icy water of Lake Michigan only two days ago.

Now, it is Tuff’s time to help out those heroic men who risked their own lives to save his. Tuff would not be alive today were it not for them.  Many call it a miracle that he survived after he fell through the ice and spent ten minutes in the frigid water.

Tuff makes a great spokesdog for the Fire Department. Profits from the tee-shirts with Tuff’s face and name will help to purchase the equipment they need to continue their rescue work.

Built Tuff Enough To Take It

Comments From the Fire Department As Shared On Facebook

“This is a prime example of not only why we train and equip for these events, but how our training can come back full circle and pay huge dividends, Some might question why we risk our lives to rescue a dog. Responding crews encountered numerous ill-prepared civilians on the thin ice themselves attempting to rescue Tuff. So, in order to reduce their risk of falling in, the well trained and equipped members of the SMFD jumped into action. In the end, it was a tremendous success and Tuff will hopefully live many more years to bark about it.”

Watch the video linked above to see the story in action.

Photos thanks to the South Milwaukee Fire Department 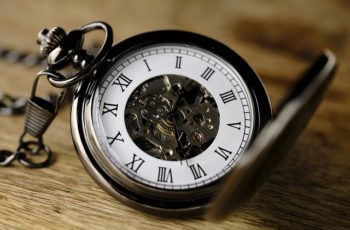 !Whenever some people are feeling very hungry, they will do … 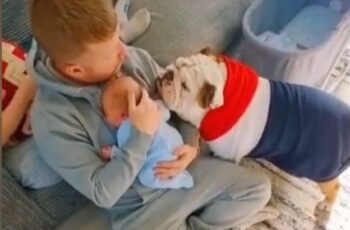 Not all brothers are blood-related. Some are not even the …