The life of a document film crew isn’t easy. Sometimes you get into unexpected situations that make filming harder. However, a good crew can turn an obstacle into something that makes the final product more interesting. That is clearly the case of this film crew documenting two energetic dogs.

The South Korean television network SBS TV is known for one of their shows called Animal Farm. They document all sorts of cute and talented animals. They work hard to capture interesting stories and then upload them on their YouTube channel.

One day, a new recruit went on her first filming assignment. Things didn’t go as expected, but there wasn’t a dull moment. The crew was assigned to film a Pomeranian husky mix named Luda and a Golden retriever named Sonyeo.

Luda and Sonyeo are very close and behave as though they are sisters. They greeted the filming crew with great enthusiasm when they arrived. However, their excitement proved to be too overwhelming for the crew.

The dogs wouldn’t leave the filming crew alone. Their curiosity got the best of them. They would try and lick the caeras and microphones, at one time running away with the mike cover. Hence it was hard to concentrate and shoot a video narrative.

The owner shared one trick that got Luda and Sonyeo to behave. It involved the crew pretending to scold Luda. The reason this worked is because of Sonyeo’s empathetic response. She would stay quiet and lie on the ground whenever Luda is being scolded. Or, maybe she was afraid she would be scolded next if she did not behave.

The trick worked, and the filming crew was able to continue their job. However, another unexpected thing happened after the dogs calmed down. They suddenly became disinterested, going from one extreme state to the other.

The filming team called their boss to report what happened. According to the boss, if the crew had done everything they can, it’s okay to call it quits. The crew followed the advice and ended the filming session.

They still posted the final product on the network’s YouTube channel. However, the narrative approach to the story became different. Check out the finished output below.

If you want to see a very entertaining and overly dramatic dog on video, check this out. https://happymutt.org/video-stars-an-overly-dramatic-dog/ 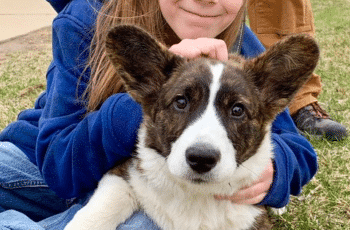 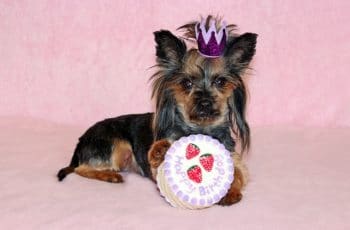 Some people simply cannot accept that our furry family members …