When Rommel Quemenales was an 11-year-old kid, a documentary about his life on the streets was released. Rommel became an orphan when his father left him, and his mother showed little to no interest in taking care of him. Luckily, the young, homeless boy received the love that he was looking for from a puppy.

Rommel found the puppy while strolling on the street and decided to adopt him for good. The homeless boy from the Philippines named the dog Badji. According to Rommel, the name Badji is after his brother’s name Adji who went missing several years ago.

In the documentary, Rommel shared how challenging it is to stay on the streets, especially at a very young age. But even with the hardship, he is thankful for the most mundane things. This includes having Badji by his side as the dog gives him reason to carry on.

According to Rommel, he and Badji survive every day by begging for money from strangers. He goes around the city and politely asks people for coins. On lucky days, some strangers actually treat him with food.

While Rommel’s life is not easy, he has so many dreams, including finishing school. Since he dreams of going back to school, the young boy saves up money for this. It is a high mountain to climb, but Rommel is very determined  to fulfill his dream.

He shared that he is happy because a local school accepted him even without his report card from his previous school. For Rommel, this is the start of reaching for his dreams, no matter how farfetched they may seem to be.

For Rommel, he thinks he could not survive the daily challenges of being homeless without Badji. Thus, as soon as he finishes studying and earns a decent living, he will give the faithful little dog the kind of life he deserves.

Here is another story about a boy and his beloved dog.  https://happymutt.org/eight-year-old-boy-sold-his-precious-pokemon-cards-to-pay-vet-bills-for-his-sick-pup/ 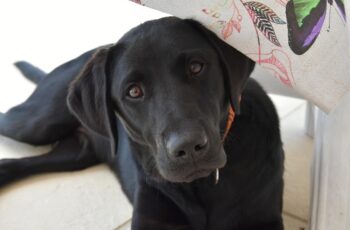 Have you ever heard of the expression “puppy dog eyes” … 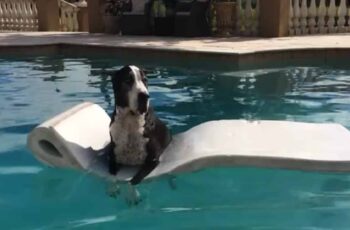 Dogs love to have fun and, sometimes, that includes spending …