Livestock guardian dogs are dedicated to protecting the animals in their care from all predators, both two and four-legged ones. Not only do they alert you to any perceived potential threat, but they will also fight to the death to protect your other animals.

We all know dogs of many breeds that will let us know of any threat they might detect. However, guardian dogs take this a step further. They normally have a strong bond with the animals we expect them to protect. They also possess the inborn ability to sense danger before they can harm your livestock.

Most livestock owners invest a fair amount of money bolstering their coops, pens, and stalls. They try to prevent all kinds of predators that front killing their livestock. It is very hard to find a way other than a livestock guardian dog to protect them when they are in the pasture.

Even when all the precautions are in place the threat of predators cannot be prevented from doing harm on occasion. Even a livestock guardian dog on the premises is not a 100% guarantee of this.

However, unless you can provide surveillance yourself with a gun in hand both day and night, you cannot do better than the guardian dog.

Livestock guardian dogs work their best in pairs. The two can be any combination. It does not matter if they are the same or of different sexes or even littermates.

They are known to pose themselves in threatening postures in an attempt to remain close to the animals they protect. However, if necessary, they will viciously attack any predator that enters their area of protection. They will fight to the death.

There is another article on this blog that focuses on livestock guardian dogs most likely to be used in the United States to guard their livestock, family, and property. https://happymutt.org/these-pups-are-not-just-for-preppers/ 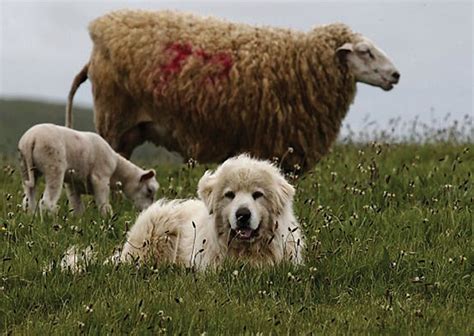 These dogs are often called “gentle giants”. However, their demeanor can change in a heartbeat if a predator becomes a threat to an animal under his watchful eye.

His thick, heavy coat is great for cold weather locations but not so good in hot, humid climates. Even in more moderate climates, they may need a wading pool in the summertime to avoid overheating. 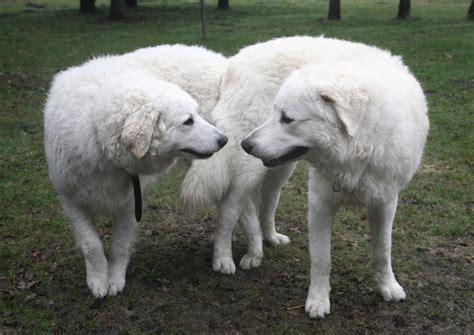 A Pair of Livestock Guard Dogs

This breed is probably the most aggressive attack dog among the breeds chosen to be a livestock guardian dog.  They have a suspicious nature, especially when it comes to strange humans on the property. It doesn’t take much for them to switch into the “warning, guard, and attack mode.

These agile dogs are able to run at high speeds over the roughest of terrain. These traits allow them to cover a larger area around your barnyard than many other breeds. They can often prevent predators from getting close enough to your livestock to do any damage.

This breed originated from Hungary. Their trademark attitude is that although they are docile and loving to family members, they can change in a split second. They make it very clear that a predator can only come so close without being attacked.

Kuvasz are not particularly friendly with other dogs and really do not like cats!  If you have barn cats or dogs that are family pets, this may not be your first choice. However, if you do not have these other animals on the property, they can be an excellent choice. 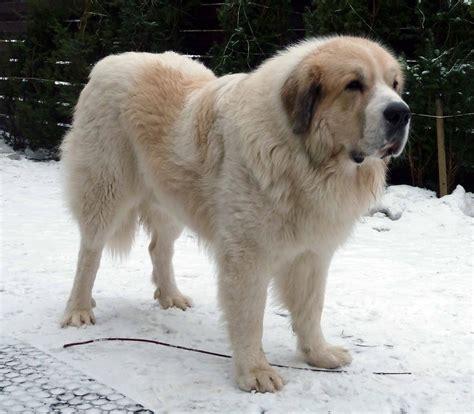 This breed has some strong similarities with the Kuvasz breed, They tend to be suspicious as well and do not trust any stranger whether human or animal. However, they are very gentle and loving toward children with whom they are acquainted.

If a dog of this breed is barking, you better check out what is taking place on your property. They are not known for barking unless there is a perceived threat imminent. 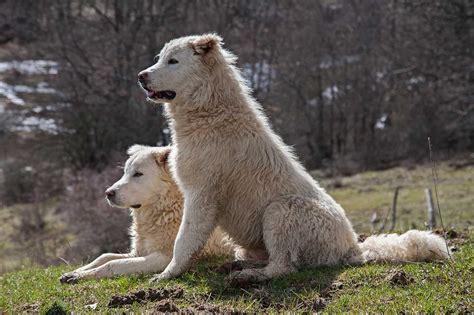 This breed is smaller than the previous breeds discussed thus far, weighing in between 70-100 pounds. Although lighter, it is just as effective in protecting your livestock as the others. Their attitude and determination to protect make up for their smaller size.

The etiology of the breed is Italy. They are very affectionate and loving toward their family members but not so much toward the livestock they protect. Other livestock guardian breeds tend to be more attached to their wards. There is an occasional exception to this rule, of course. 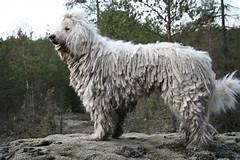 This is another breed that originated in Hungary. It is known for its incredibly thick coat. It bears an uncanny likeness to dreadlocks at times. This coat is part of its natural protection. The coat can protect the dog from being punctured by a predator’s sharp teeth during a deadly altercation.

It is very important for this coat to be maintained properly so it does become tangled and matted. It isn’t just wanting to avoid your dog looking mangy, you need to keep your dog’s protective coat where it can keep him safe.

Komondors love their family and the attention they receive from them. Unlike the Kuvasz, they also enjoy being with the other animals on the property. 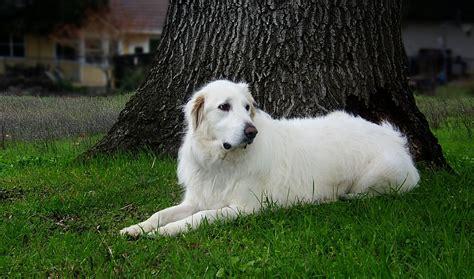 This breed hails from Poland is belongs to a group of large dogs that are known as guardian dogs. They are frequently called “mountain dogs”.  Unless they perceive an imminent threat at hand, they are incredibly gentle dogs.

The Polish Tatra Sheepdog is also what is part of a group of large guardian dogs commonly referred to as “mountain dogs.” They are gentle giants until they sense a threat. Unlike some top livestock guardian dogs on this list, they are most welcoming when it comes to strangers that do not appear to pose a threat.

These sheepdogs almost constantly pace around the perimeter of the barnyard or a herd out in the pasture, watching for a threat and getting ready to fight if they cannot scare it away. A Polish Tatra Sheepdog can go long periods of time without the need for human contact due to their breeding to care for sheep in remote areas sans human intervention. 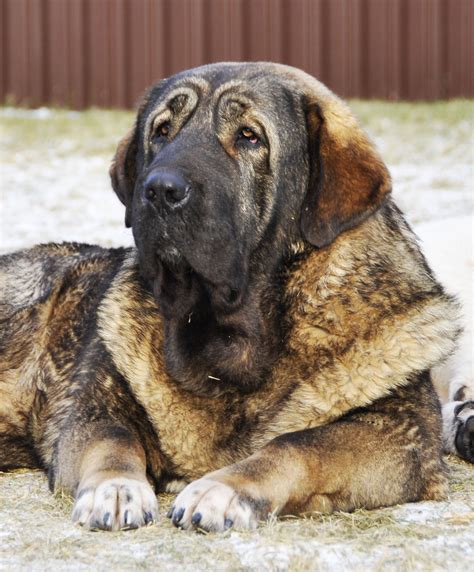 This livestock guardian dog is one of the largest dogs of t his kind.

This very large livestock guardian dog is best known to kill wolves. Once fully grown, this breed usually weighs between 185 and 220 pounds! Their thick, heavy coat is much like that of the Great Pyrenees. They fare well in even the coldest weather but not too well in humid or hot climates.

Although they aren’t overly affectionate with their human family they are exceptionally well-behaved and get along well with their handlers. 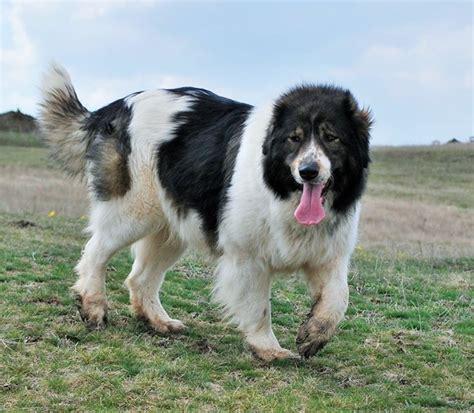 This livestock guardian dog (LGD) is among the smaller breeds in this group. They typically weigh between 70-110 pounds. This breed is one of the calmest and most focused ones of the LGDs and they come from Bulgaria.

Karakachan Shepherds have served as watchdogs for the Bulgarian Army. However, they are highly praised for the affection and dedication they show their humans. 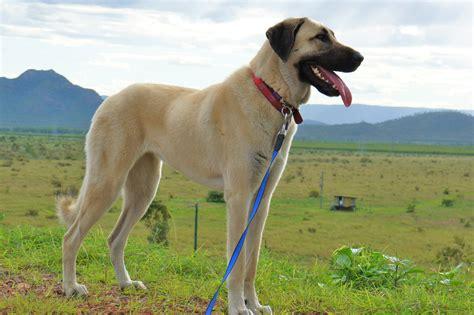 This is another Livestock Guardian Dog that hails from Turkey. They are stocky but still agile and do well in the most rugged of terrains even in extremely cold weather. This breed has a deep and loud bark and is known for its high intelligence.

Obviously, all LGDs can benefit from training as puppies. However, Anatolian Shepherds don’t seem to need as much training as puppies from other breeds. They were bred to work independently in fairly isolated areas. This breed can easily hunt small game and feed themselves. 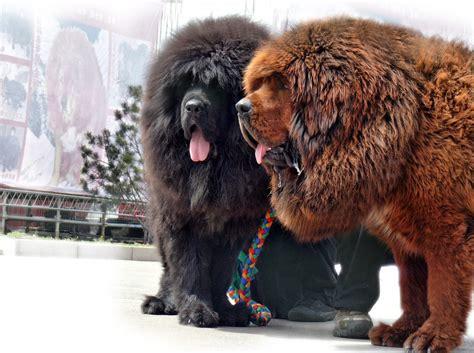 This breed is among the largest Mastiffs and comes from the Himalayan mountains. They were bred to guard both flocks and herds. They have been used as LGDs not only in Tibet but also in Mongolia, Nepal, and China.

Although they protect both medium and large livestock from tigers, leopards, and wolves, they are very gentle and affectionate with their human family. Interestingly, they can be alert and focused while aloof at the same time.

This type of Mastiff is among the largest. The Tibetan Mastiff originated in the mountains of  Himalaya and were bred to guard both herds and flocks. This mastiff breed has long been used in Tibet, China, Nepal, and Mongolia to protect medium and large livestock from wolves, leopards, and tigers.

Although docile and decently affectionate with its keepers, the Tibetan Mastiff can be aloof and almost entirely focused on remaining alert at all times.

A Few Tips For Owners Of Livestock Guardian Dogs

If you wish to use an LGD to protect your property and animals, you should not give in to the temptation to take the little bundles of fur into your home as puppies. It is vital for their training to protect against predators to begin as soon as they are weaned.

LGD puppies need to begin living near the animals they will protect as soon as possible. However, until they are large enough to protect themselves and they learn their territory, you should keep them in a kennel or in the barn.

Although both LGDs and Herd dogs are valuable members of the homestead or prepper retreat, they serve different purposes.

For example, Blue Heelers and other herd dogs focus on assisting the humans to move the livestock from one site to another. The LGDs can sit for hours keeping a watchful eye on the livestock.

Although herd dogs are willing to fight a threat without hesitation, it is not in their nature to walk around the perimeter guarding the livestock all day. This breed only has two speeds. It is either moving full steam ahead or coming to a crashing halt until the next time it is needed.

Another obvious distinction is the use of their “bark”.  Herd dogs often bark and use this tool to encourage livestock to move from one place to another. If you hear a livestock guardian dog barking, you better grab your rifle and hurry to offer it appropriate backup in protecting your livestock!

Even hard-working livestock guardian dogs enjoy having fun. Check out this article on dogs playing. https://happymutt.org/dogs-just-want-to-have-fun/ 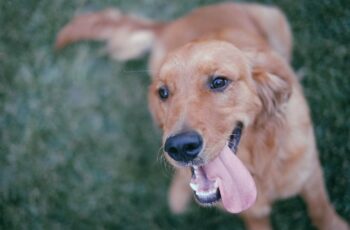 After her recovery, a very sick pup returned to where … 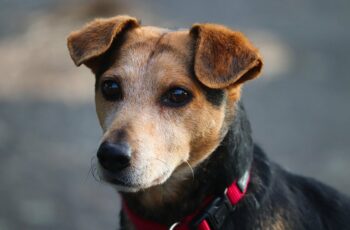