Todd Frazier is a Sheriff’s Deputy who came close to dying when a three thug member gang attacked him. In addition to being beat within an inch of his life, he was also stabbed with a box cutter. As the thugs dragged him toward the woods nearby, they threatened him with the promise of killing him.  Frazier, not wanting to give in to the likelihood that this was to be his last day, had one last thought: “K-9 hell unleashed on thugs attacking a cop”.

Frazier serves the Hancock County, Mississippi community as a Sheriff’s Deputy, along with a Belgian Malinois deputy known as Lucas. On the night of the attack, Frazier observed a suspicious situation that needed to be investigated.

A man was sitting alone in a car which was parked near a rest stop. He might have needed assistance or he might be someone planning to harm someone else. Frazier needed to check this out.

As Frazier approached the automobile to speak with the man, two other men ambushed him. What had already been a risky situation became much worse. Three against one is never the odds anyone would wish to have thrust upon them, especially if their life is at stake.

Looking back on the situation

Frazier later told the local newspaper that he thought he was going to die. “I had three people on me and I’m not a very big man, and they basically whipped my butt,” Frazier frankly admitted. However, the odds were quickly changed when Frazier made a wise decision and a bold move.

Getting one hand free, he could have made a move for a weapon but he knew the odds were so much against him that this was not his best choice. Instead of reaching for a weapon that could have easily been used against him, Frazier pushed a button that released his K-9 partner, Lucas, from his car.

Frazier knew that his K-9 partner and friend, Lucas, would not let him down. When he was needed the most, Lucas would put his own life on the line to be there for Frazier. When Frazier quietly pushed the button, Lucas leaped from the car to unleash hell on Frazier’s three attackers.

How the odds were improved

The previous odds of 3 to 1 were quickly demolished when Lucas bolted from the car. Frazier knew that Lucas was aware that something was wrong before he leaped from the car in attack mode. Because of the blood covering his eyes, he could not see Lucas flying toward his attackers.

However, he could hear the wolf-like growling growing stronger as Lucas came nearer. Frazier knew that Lucas had arrived to save his life and that he had made the right decision to call for his friend’s help. When the sheriff’s deputy needed his K-9 partner the most, Lucas came through. Frazier is alive today because of Lucas.

When Frazier hit the button releasing Lucas from the car, he also unleashed 65 pounds of unbridled canine fury. He was not about to let those thugs kill Frazier, his partner and friend.  When the three thugs saw Lucas coming after them, the gang immediately released Frazier and fled for safety, each man on their own.

More than partners, they are friends

Frazier told a classroom of kids about this experience. He made sure that they knew what a hero Lucas had proven to be. The kids were also told that while Lucas put his life on the line for his partner, Frazier would so the same for Lucas.

Lucas and Frazier are more than partners, they are friends. You are most likely not a sheriff’s deputy and your dog is not part of a K-9 Corp. However, your relationship with your canine companion may be just as strong. Some people regard their furry friends to be part of their family and would put their lives on the line to save their dog’s life.

Would you risk your life to save the life of your dog? Please answer Yes or No in the comment box below.

The Video version of the story is available below. 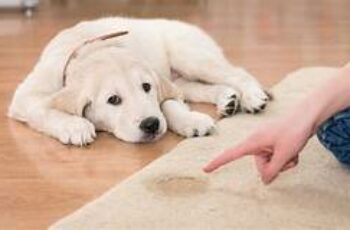 Although puppy potty training can sometimes be challenging, it is …