Your heart will be warmed by the message of a note found with Pitbull outside of shelter. The sacrifice of the Pitbull’s young owner is so touching that you will want to share this story with other dog lovers.

It’s usual to find abandoned dogs these days, but this story is different. It’s about the love between a puppy and his young master who had no choice but to give the pittie up to protect him.

This animal rescue shelter in Mexico found a Pitbull outside their property  on one sunny day. It’s not an unusual event, but when workers found a note along with the pet, everything changed.

Note Found With Pitbull Outside Shelter

What Did The Note Found With Pitbull Outside Shelter Say?

The note was from a little boy named Andre. He said that he was leaving his puppy in the rescue shelter’s care so that the puppy wouldn’t be beaten anymore.

Andre found out that his dad was planning to sell his puppy, and that he beat the pittie regularly. One day, Andre’s father kicked the puppy so hard that he broke his tail.

Andre was only 10, but his maturity and kindness showed in his letter. He asked whoever found the puppy for help to ensure that his beloved furry pal would be taken care of.

It must be heartbreaking for such a young boy to part from his buddy. The animal rescue workers checked the pup, and sure enough, his tail had been fractured. Not everyone, of any age, would love a pup enough to make this sacrifice. He loved his furry friend enough to let him go. (sniff, sniff)

The animal shelter named the puppy Renee, and thanks to selfless Andre, the furball would no longer be subjected to abuse. While it was painful for the boy, his love for Renee was worth the sacrifice.

Andre even left a stuffed toy with Renee, telling shelter workers that he did it so that the puppy wouldn’t forget him. Yep, time to get out the Kleenex..

We couldn’t help but be proud of this little boy and his brave heart. Of course, Andre misses his puppy and it is our hope that he gets to see Renee adopted into a loving home.

With the animal rescue shelter posting Renee’s story online, and the attention it got from cetizens, it shouldn’t be long before this pittie gets his forever family.

Hugging Andre and thanking him for his sacrifice. You’re a hero, boy!

If this story makes you want to adopt a rescued puppy, good for you! However, you need to listen to your head as much as you listen to your heart. Read this article BEFORE you adopt. https://happymutt.org/can-you-afford-to-own-a-dog/

Photo and video credits to Zoo Land via YouTube 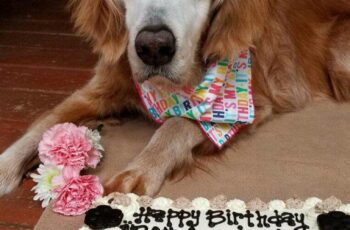 The Golden Hearts Rescue proclaimed that this “Golden Oldie” became … 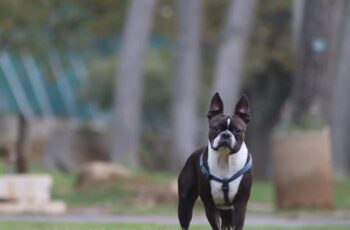 The last Christmas holiday season was good for many people. …