Home
Featured
Surrendered By His Breeders, A Sick Pup Is Now Thriving

All odds were against Sampson, a five-week-old puppy, when he was surrendered by his breeders to the local shelter. At a very young age, The pup was abruptly separated from his mother and siblings at a very young age.

When the tiny pup arrived at the Good Sprout Rescue and Sanctuary, the volunteers pitied his condition. Apart from being young, the poor puppy also suffered from a severe brain infection. According to the volunteers, the breeders surrendered the pup to the shelter because of his condition.

Sampson’s breeders mentioned to the local shelter that the dog was of no use to them. Being sick,  he was not of any monetary value to them like the rest of his siblings. These words cut through the hearts of the volunteers, and they felt so sorry for Sampson.

He was sick, afraid and missing his mama. Actually, they were worried that he might not even survive that first night in the hospital.

His Life Was Saved When The Breeders Surrendered Him

With the dog’s condition, it is understandable that he was weak when he arrived at the shelter. The parasites all over his head were eating Sampson alive. Because of the dog’s illness, he often vomited worms, resulting in serious malnourishment.

The volunteers sought the help of a veterinarian to address the dog’s illness. Even then it was touch and go for the very ill pup.

“Sampson was surrendered to us by his breeders because he was not growing like the rest of his siblings and had a large, squishy head. His head is swollen with infection to the point it is too heavy for him to lift,” shared Audrey Quillin of Good Sprout Rescue and Sanctuary. 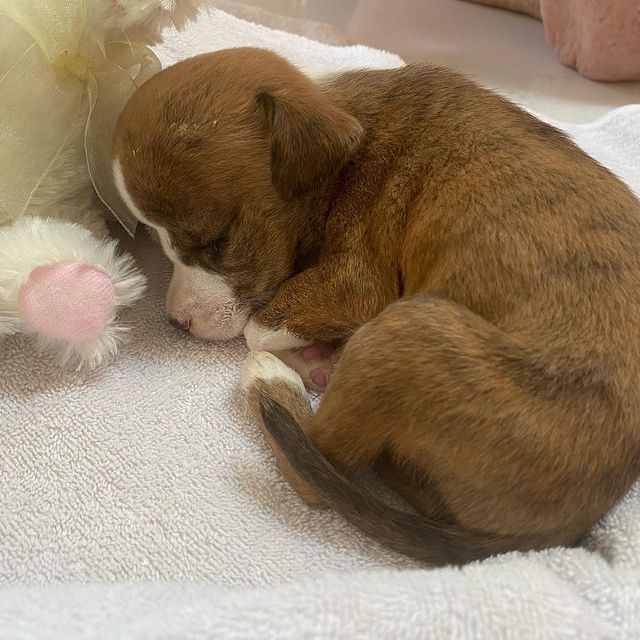 The veterinarian arranged for Sampson to be given antibiotics and IV nutrition immediately Sampson also underwent a blood transfusion. Eventually, he had the abcess on his head drained. Then his condition really improved, and he began to get stronger as the days passed by.

Audrey Quillin, one of the shelter’s volunteers, commented on how strong a fighter Sampson was. In spite of his pathetic condition, he fought hard to survive the ordeal.

In an interview, Audrey shared that, despite the experiences Sampson had in the past, his spirit was not deterred. Although he has survived the initial therapy for his medical condition, he is still undergoing further treatment.

Audrey stated that Sampson’s condition has significantly improved compared to when he arrived at the shelter. It is important to recognize that he would never have reached this medical milestone without the kindness of the shelter’s volunteers.

This amazing pup has done more than just barely survive. He has thrived and gets stronger all the time! After he was surrendered by his breeders to the sanctuary where he was treated,  he has been blessed with an incredible amount of loving support.

“He survived the infection, but the left side of his brain was permanently damaged, making him a bit… different. One strange thing he does is somersault,” said Audrey. Once a video of him hit the internet, readers fell in love with this somersaulting pup who was abandoned by his breeders. Sampson has really defied and beat all the odds against him!

Applications for adoption have poured in but to no avail. The sanctuary decided that his medical and behavioral needs would be best met by staying with them! He will have the healthiest and happiest life possible as a permanent resident at the sanctuary. 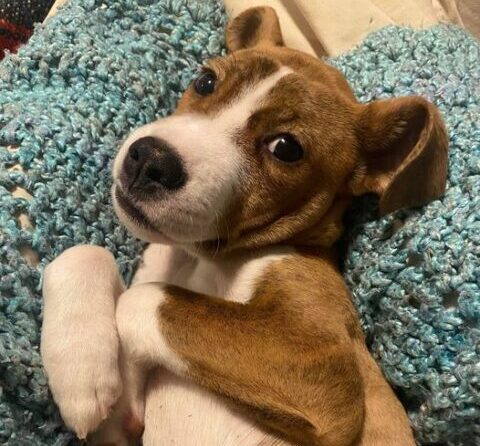 From death’s door to doing well

“Watching him fight so hard to survive as a tiny, malnourished puppy with the big, squishy head and seeing where he is now… it feels like a dream. The best dream. Thank you from the bottom of my heart for loving him, for your kind messages, for your donations, for your support. This entire experience has been so incredible, and it is thanks to all of you. Thank you,” said Audrey of Good Sprout Rescue and Sanctuary.

What about the heartless breeders who abandoned the sick puppy?

There is a pending cruelty case against them. Audrey has aligned with a humane agent in the area to shut them down as breeders for good. We wish them well in this endeavor.

Do you know what to do if your dog needs vet care you cannot afford?  https://happymutt.org/can-you-afford-to-own-a-dog/

K9 dogs are absolutely amazing. They possess unique abilities that … 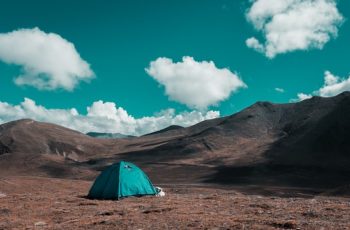 Camping with canines can be fun! If you have …