Home
Featured
Officer Responds To A Distress Call, Goes Home With A Puppy

There are plenty of reasons and situations as to how dogs end up with their present owners. But as unbelievable as it sounds, a  dog can also be found while doing one’s duty as a police officer. This is what happened to Officer Marcus Montgomery because of his immediate response to Panhandle Animal Welfare’s routine call. The Officer responds to a distress call and goes home with a puppy!

Officer Responds To A Distress Call

One day, the shelter’s staff asked for assistance to handle a situation with one of the shelter’s employees. Officer Montgomery responded to the scene and dealt with the situation smoothly. And when the officer was preparing to leave the animal shelter, someone suddenly caught his attention — a very adorable puppy!

When he saw that the shelter supervisor was holding an adorable furball, he quickly fell in love with the puppy and felt an instant connection.

The Pros and Cons

In an interview with Inside Edition, Montgomery said that as much as he wanted to adopt the puppy, he worries that taking care of the dog might clash with his and his girlfriend’s schedules. He’s afraid that they may not be able to provide all the attention that the puppy needs.

Thankfully, an animal shelter staff informed him that the puppy would be fine on his own for a specific period. The only big ‘no’ for the puppy is leaving him for an excessive amount of time.

Now, their Pitbull rescue, named Vader, would finally have a fluffy sibling to play with. And to fit Vader, who was named after a villain from Star Wars, the couple decided to name their new baby Kylo, named after yet another villain in the said movie.

Now that Vader and Kylo have finally met, the couple hopes that their two dogs would not only be close siblings but also be forever best friends as well.

Watch the family’s adorable story below.

People often think of women being the ones who fall in love with dogs but men do as well. https://happymutt.org/man-cried-out-of-joy-after-knowing-he-can-keep-his-foster-dog/ 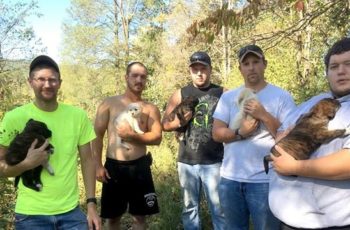 The term “Party Animals” took on a new meaning when … 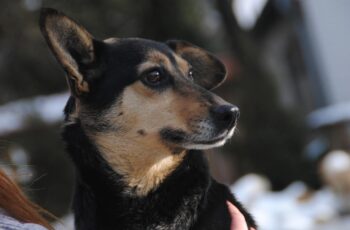 Most people love pizza. This Pizza-obsessed dog loved it so …